Bizzotto company garden house furnishings
Bizzotto: since 1946
The company's aim is to create furniture and decorations to evoke emotions. The development of meticulous product designs via collaboration with the internal team and external partners helps to achieve this aim.
The company was founded in 1946 thanks to an invention by Andrea Bizzotto, starting a business of local products with wholesale, mainly wicker accessories and rattan furniture, in the Veneto region.
Since the early 60s, the company has expanded the national territory; in central and northern Italy. 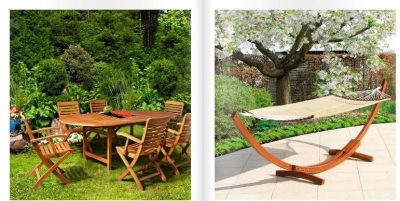 Bizzotto garden furniture
In 1970, the company began exporting its products abroad, especially in the Balkans and later in Eastern Europe. Then the commercial network expanded to the Far East; the first purchases by the People's Republic of China, Vietnam, Indonesia, the Philippines, Malaysia, Taiwan and other countries of the area date back to the mid-1970s.
Discover the products